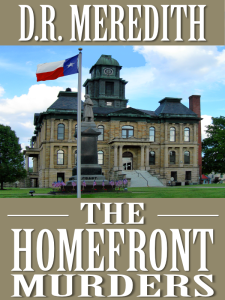 When the mummified remains of a World War II G.I. are unearthed in the sub-basement of the Crawford County Courthouse, the local residents, well-known for their nonstop gossip, are suddenly as quiet as the soldier’s grave. Sheriff Charles Matthews is frustrated by the town’s silence. He isn’t planning to arrest anyone for a murder more than fifty years old, but he does want to bury the soldier’s remains with a name other than John Doe. One of the local oldster’s  must know that name, but no one,  not even his spinster dispatcher, Miss Poole, will talk. Whoever John Doe was, he still frightens Crawford County’s senior citizens fifty years after his death. 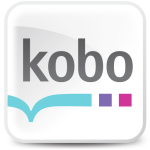 “Readers will enjoy some deft plotting the the author’s customary devotion to authentic background as Sheriff Matthews and minions trace clues to a crime that occurred a half-century ago, toward the end of World War II.”
Amarillo Globe News

“Meredith explores human frailties with humor and affection for the people of the Texas Panhandle. With each book in the series Sheriff Matthews evolves into an ever more interesting character.”
Jekyll’s Golden Islander

“Meredith. . . has again capitalized on sense of place, focusing here on social modes and mores. Matthews is frustrated as an outsider in small-town Texas, while the local seniors’ behavior is symptomatic of their need to protect their reputations from a ghost of yesterday. . . Added to her sociological interest, Meredith’s ability to generate laughter is apt to net for her a growing readership.”
Review of Texas Books

“Up in the Panhandle, D.R. Meredith has been quietly adding quality volumes in a genre that is possibly one of the most popular categories in fiction today, the murder mystery. . . Such complexity of feelings in character is rare in what often is called’formula fiction’”
Dallas Morning News

“It is one of the delights of Meredith’s Sheriff novels that she knows the Panhandle country and Panhandle so well that she can mirror not only what it must be like to be a lawman there but what it is like to live here.”
El Paso Herald-Post